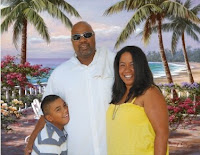 This weekend we celebrated my kids 11th birthday by letting him have his first slumber party. He had a small group of 5 boys that partied and ate up e’erything in my house…all weekend. It was epic (for an 11 year old).

I won’t go into the boring parental details, but the lesson I learned from it has stood out so much than I needed to write it down. Who knows how many more opportunities I’ll have like this in his life since he’s like a little man these days?

One of the things I have understood early on in being in his life (I came into the picture when he was 5) was that he appreciates experiences way more than things. Now don’t get me wrong…he digs things too. He’s a Jordan fanatic, Lego’s make me go broke and he’s discovered his “style” of clothing. I took him on his first plane trip to California for a cousin’s birthday and the look on his face when I dropped him back at his mom’s was priceless. Like he had had so much fun that he didn’t want to leave me. That’s what I cherish the most. He was the same even with our recent trip to bury my Grandfather. My nephew saw him and went nuts! Lol…He loves Jr like you wouldn’t believe.

I work to be able to afford for him to be comfortable. I take him places so that he realizes that there’s more to life than the blocks between McDowell and 44th St. I take random days off in the summer so we can watch movies and put put around Phoenix. I buy him clothes so he looks nice when we’re out and he has an appreciation for nice things rather than dickies and a polo. I take him to get his hair cut so when he’s older he knows where to go and how to ask for what he wants. I buy him little stanky cologne stuff so hopefully he’ll know the difference between Axe and Burberry when he’s a man. I take him on hot dates so he knows how to act when he goes to restaurants with his friends.

Life experience’s is what we as parents should be showing our kids. It’s the meat and potatoes of life. Yes you need to teach values and integrity, etc. But how to live life? That’s a skill that needs to be developed early and often. I don’t want him to sit on the couch in my house eating Hot Cheetos playing video games while life is passing him by. I want him to know what a good time is and how to make that happen for him. I will continue to do what I can to make sure that he has these things because he needs them. We all need positive experiences in our lives. Moments that celebrate us and who we are. People pausing to say “Happy Birthday”.

When I was dropping him back off yesterday I was thinking “Man, I remember when he got that look on his face like he had had the time of his life and didn’t want to leave. He’s too old for that now”. As I gave him and hug and sent him to his mom, he looked back at me again with that same look from when he was little. Lol…I cried all the way home. SCORE!!