The Fiasco That is Tyler Vs. Spike 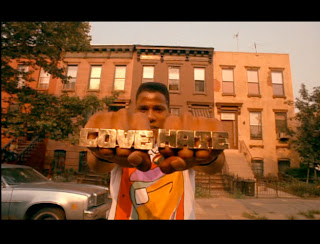 This topic has really interested me, especially since the 60 minute piece. I am not a fan of Tyler Perry movies; if you've seen one, you get the idea about all the rest of them. Spike, on the other hand...I have loved since the 80's when I first saw School Daze. After that, I pretty much have seen every Spike Lee movie. So I've had a few conversations with people about it and I've come to the conclusion that this really isn't about who put the "best image" of Black folks on the big screen; its more about a generational divide.

I grew up in a time when there was no hip hop...I remember when Public Enemy first came out. De La and MTV Raps. I remember how our (Black) culture changed as we as a group became more aware of who we were. Spike Lee movies were a part of that culture and supporting us being more than comedic relief. I remember the Cosby Show on Thursday's at 8pm. Different World came on as I was getting ready for college. Everything about being Black in the late 80's-early 90's was on some pro-black, educate yourself, do better, learn about where you came from type art.

Now we are in the times of Gucci Mane, BET and Tyler Perry. We're right back where we were with gang issues, our people are poorer than ever, we're reproducing at alarming rates and dying just as fast. Our images in the media are comedy...as if we don't care how we represent ourselves. So long as we get that check, I guess. This is the part were I disconnect. I just wasn't raised this way.

Where I feel the difference is is that I remember before there was a Cosby Show, before X-Clan and Boogie Down Productions, before Malcom X in the theaters. The generation right behind me were either babies or were born afterwards. I grew up with my mom and dad in the suburbs. Even though I was raised amongst non-Black people, I still grew up having a very clear idea of who I was and that was supported by the music I listened to, the TV shows I watched and the movies I saw. Sure there was some junk on too...but there was so much more.... School Daze and Different World encouraged me to go to college. Artists like Brand Nubian encouraged me to read more.
How has a Tyler Perry impacted us?

So lets do a comparison shall we???
Spike Lee hired actors that weren't "stars" yet...Laurence Fishburn, Samuel Jackson, Denzel Washington, Giancarlo Esposito, Halle Berry...These people are mega stars now with the ability to portray whatever story they would like.

Tyler Perry actors...himself, and a bunch of actors and actresses that have already been mildly successful in the past. The "new" people may get a spot on one of his TV shows, but that's about it.

Spike is from New York, but he made the best documentary on Hurricane Katrina and has followed up with the people of New Orleans. BTW, Phylis has a book of her poetry coming out. Did you know?

Tyler Perry is from New Orleans...where's a movie about that?

I don't know ya'll...I'm just rambling, but it's so obvious to me that we know better! We've done better...why in the hell are we defending us reiterating old stereotypes like we're living in pre-civil war times..."if we can make them laugh, maybe we can sneak a good message in!". I don't need to laugh to consider life or my blessings or how good God is in my life. And I'm thankful my "madea" taught me to be a lady, carry myself well and respect myself enough not to deal with people that would even think of doing me harm. So thanks Tyler, but I won't need the "grit ball" lesson. I was raised better. And thank you Spike for teaching me the it doesn't matter if I have good or bad hair, if someone's caught jungle fever and that Tawana told the truth. I appreciate you trying to make us WAAAAAAKEEEEE UPPPPPPPP!!
Posted by Kaniele at 12:20 AM 2 comments: Links to this post