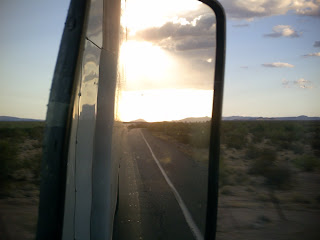 This has been a wild 4 years here. Phoenix is so different from California, yet...the same.

It's prettier here...no smog, mountains and saguaro's (cactus) everywhere. But there's something very fundamental missing in the Valley of the Sun.

I miss concerts from my favorite artists. I miss seeing Asians driving down the street instead of just in nail shops. I haven't seen an Indian (from India) since I moved.

It's so basic to those who grew up and live in areas that are culturally diverse. But here...this right here...no diversity really. We do have Native Americans in full force, but other than that, its pretty milktoast in Phoenix.

The reason I notice...and care is that there is something to be said for living amongst different cultures that elevates you. I think that diversity makes you a more well rounded person that will allow for you to function better in society. But what do you do when you live in a culturally stagnant area? How do you learn about different cultures? How do you really value you're own when there is no comparison?!

I'm thankful that I grew up in Southern California; that I chose to spend a good portion of my 20's in LA learning more about other people. It helped develop a tolerance and appreciation that I wouldn't have received otherwise. And say what you want about LA, but the tolerance and understanding that I have about gay and lesbian issues go way beyond my drinking days in WeHo. It helped open my eyes to more than skin color diversity issues.

I love living here. I love that I have a better quality of life. That I can afford to live. Broke in Arizona is a whole other broke than in California. So though I believe I made a smart choice to relocate...I'll always consider LA my home.
Posted by Kaniele at 2:35 AM 3 comments: Links to this post

When I Fell In Love With Football 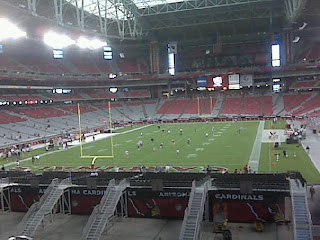 ...it was in Vegas. I dated a guy who was a gambler. We used to drive to Vegas every other Sunday so he could place his bets (legally!). We'd spend all day in the sports books. And by all day, I mean from the first game all the way to the last on Sundays! I had a choice...either gamble the little bit of money I had or sit and watch with him.

...So I started paying attention. First, to find the teams I wanted to bet on, but eventually certain teams caught my attention. I saw an interview with Terry Glenn and starting paying more attention to the Cowboys. I wasn't a fan yet...but the fact that they are America's team and even in horrible season's always seemed to fight really had me cheering for them.

...Its been almost 10 years and though I watch football waaay more now than I did back than, I still appreciate their tenacity (though I think letting T.O. go was the stupidest thing they've done). I think this will be a garbage season, but I'm still going to cheer, watch every game I can and have my Cowboys Christmas tree up!!

...I'm not a stat geek...I really don't care about the specific numbers of really any player. I look at it as a team sport and entertainment. I watch all day Sunday, but that's about it. Rarely watch a weekday game because...well....i'm busy! lol...but I love the athleticism and the camaraderie that it provides. Nothing beats going to a game and talking shit with other fans...even if its fans of another team. These days, I look forward to football season...all the drama and intrigue and amazing plays that get 2 teams to the Superbowl. Can't beat it!!!
Posted by Kaniele at 1:26 AM No comments: Links to this post

What is it about people who are successful?

But how does one achieve the motivation they need to get where they want to go? At what age does this self-motivation come? And as a parent, what can I do to foster the dream instead of killing it?

I had a conversation with my step son today about what his goals are as an adult. He said he wants to play basketball. Well, he's a good player, improves every season, very open to coaching. Problem is...he doesn't practice outside of when he has to! So, as a parent, I wonder how he'll get better?!!

I encourage him to dream...I want him to think that the world is larger than Phoenix...that he can attain whatever he'd like in life. But I need for him to understand that the key to achieving a goal is passion and dedication to being the best. Where I need help is trying to find a way to nurture the dream and drill the desire to want to self-improve rather than waiting for a practice day. To be honest...I don't know how.

What can I do as a parent to get him motivated to practice on his own? To do well in school because he will need to be prepared to go to college? How can I show him that a dream deserves 100% of his attention?? I am really stumped.
Posted by Kaniele at 12:53 AM 1 comment: Links to this post